Your Career Happiness Might Hinge On How You Define This Word

How do you define wealth? Is it by having more money or more freedom with your time? Saam Principal Diana Ostberg was featured in an article posted by Fast Company 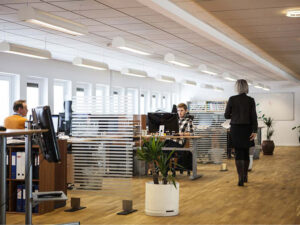 It wasn’t until my father passed away five years ago that I took a hard look at my corporate career track and decided to change course. I realized that autonomy, flexibility, and spending quality time with people I love mattered more to me than I’d earlier imagined.

I just wish I’d realized that earlier. Most people are coached to ask themselves questions when evaluating job offers that rightly go beyond compensation, touching on work-life balance, office culture, and the like. But that may amount to coming at the problem the wrong way. Instead of evaluating relative aspects of career paths and job opportunities, why not start first with yourself?

Understanding your own motivations and priorities isn’t easy, either, but proactively thinking about how you define one word might prove a good shortcut: “wealth.” Otherwise you might find yourself being forced to rethink that concept anyway–after drifting from what really matters to you, as these three professionals did.

What’s your social life worth?

Natalie Lesyk started her career by following the money. Growing up, she says, “money was always treated as the axis of personal well-being.” Like a lot of people, she gravitated toward high-paying jobs. “I figured the more I  earned, the more motivated I would be to keep working.”

This led Lesyk to take a well-paid global role requiring her to keep odd hours in order to be available to her team in other time zones. “The exact moment when I realized that money no longer equaled wealth was when I missed my best friend’s wedding because of a business trip,” Lesyk recalls. “When she mentioned–not being mad or seemingly upset at all–that she did not even expect me to come, I realized my identity had become linked to my job rather than people I love. In spite of having a large bank account, I was hopelessly poor.”

So Lesyk decided to prioritize work that let her reinvest in her relationships, accepting a job as a marketing manager at the community-building platform Ning, “because the company’s flexible working policy and respect for personal time makes the job truly rewarding,” she says.

“Being in an environment that lets me meet the entire range of my personal needs, interests, and professional aspirations is what truly makes me feel wealthy.”

Before taking a chief sales officer role at insurance brokerage HUB International, Travis Biggert said he was working a job “that looked really good from the outside, but I was miserable on the inside.” It wasn’t until he was three years in that “a long-time friend came through town on business and invited me out,” Biggert says. “About halfway through the night, I realized I was having fun for first time in a long time.”

Clichéd as it might sound, the experience opened Biggert’s eyes to how unhappy–and constantly exhausted–he was. “I realized I had become one of those people who wasn’t much fun to be around because my life had become about making money. But I found achieving that goal left me feeling completely hollow because I had sacrificed really important things in my life to get there.”

“Within a week,” says Biggert, “I resigned from my position [and] took a job with a lower salary, but one where I could work the hours I wanted and feel energized by the work.” Getting that energy back was crucial. “The more my work became a reflection and manifestation of who I was as a person, the wealthier I felt.”

Diana Ostberg started her career working at a large corporate architectural firm. “Coming out of school, it was easy to focus on raises and bonuses as the measuring stick of how I was accumulating wealth.” But eventually Ostberg’s focus on climbing the corporate ladder began costing her time with her daughter. “Every day I would be rushing to the train from the office. All I could focus on was getting to my daughter at the daycare center as quickly as possible,” Ostberg remembers.

“One day, pregnant with my second child, I picked up my daughter at daycare. She was tired and hungry and clinging to me. I thought to myself, ’What am I doing?!’ I knew I wanted to keep working, but I also knew that continuing like this wasn’t the life I wanted.” She wondered whether it was just par for the course. “I didn’t see ‘wealth’ in this way for so long because having flexibility just wasn’t the norm in most architecture firms.”

But with these work-life pressures piling up, Ostberg realized that a flexible schedule wasn’t just a nice perk, it would actually add value to her life—and leave her better off than any end-of-year bonus might. “It was only when I spoke with the founders of my current firm, Saam Architecture, and heard their vision for a truly flexible workplace that I realized more balance was actually possible. Ostberg says she’s since come to redefine wealth in terms of freedom. “Money pays the bills, but being able to control my own schedule and not miss out on family time is priceless.”

There’s nothing wrong with wanting to earn enough to afford a certain lifestyle. Material goals often come first when we’re plotting career paths, followed by perks and benefits, and whatever’s left usually just gets labeled “personal life.” But before you even weigh your next job offer, step back and ask yourself which of your life’s “assets” really matter you to–and how much. Because treating your personal life like an afterthought may deplete the ones that make you feel genuinely wealthy.

READ THIS ARTICLE BY JOSEPH LIU ON FAST COMPANY

We are excited to welcome Amy Nowak-Palmerini, Els

PROJECT SPOTLIGHT: Saam was engaged by the Boston

A look at the installation of the John W. McCormac

Congratulations to Kristin Tedford on her promotio

Congratulations to @autumn_thompson on her promoti